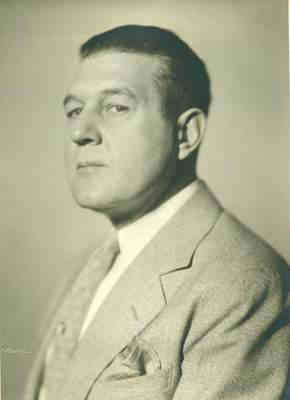 Inspired by the National Geographic TV series “Genius” (The life of Albert Einstein), an excellent biopic by the way, I learnt about the American consul, Raymond H. Geist, who served in Berlin.

In part 8 of 9 of “Genius”, Geist got some exposure as he was directed (by FBI chief E.Hover) to refuse a visa for Albert Einstein, based on allegations of Einstein being an active communist. The refusal caused an outcry in the United States and was later rescinded.

Geist was an astute and well-informed observer of Nazi Germany, someone who had met personally with Himmler and Heydrich and appraised them well. [i]In December 1938, Geist warned his friend and former superior, George S. Messersmith that the Jews in Germany were being condemned to death and urged measures to rescue them. Geist followed in April 1939 with a more specific forecast: Nazi Germany would soon place all able-bodied Jews in work camps, confiscate the wealth of the entire Jewish population, isolate the Jews from German population, and get rid of as many as possible by force. Geist got at least some of his information, he later testified, directly from Karl Hasselbacher, the Sicherheitsdienst (SD) official in charge of the department dealing with Jews and Free Masons.

In “Genius”, Geist asked Einstein to sign a paper that he is not a member of a communist party. Einstein refused to sign but Geist stamps Einstein’s and his wife’s passport with a visa. Einstein is surprised and assumes that Geist will lose his job because of this, which Geist rather confirms. Hence Einstein does sign the paper but is asking Geist to help more Jews in future. I don’t know if this part in the film was true or fiction.

US Consul Raymond H. Geist Saved Jewish Lifes In Nazi Germany and is noted for having issued over 50,000 US visas during his tenure to Jews escaping Nazi persecution in Germany. In some cases, Geist went directly to concentration camps and intervened with high Nazi officials to assist Jews with American visas. Geist was American Counsel and First Secretary of the United States embassy in Berlin from 1929 to 1939

In 1921 he entered the United States Foreign Service, serving first in Buenos Aires, and then in Montevideo and Alexandria before being posted to Berlin in 1928

While in Berlin, Geist cultivated a number of high-level contacts within the Nazi party, including personal contacts with Heinrich Himmler and Reinhard Heydrich. Geist notified his superiors on several occasions of the conditions for Jews in Germany. Following Kristallnacht, he warned the Assistant Secretary of State George S. Messersmith in a private letter in late He returned to the United States on October 9, 1939, several weeks after the outbreak of World War II. Following the war, Geist testified and provided an afadavit at Nuremberg on his knowledge of Nazi operations.

Geist received the Comander’s Cross of the Order of Merit from the German Federal Republic in 1954. Only five persons from the USA are within the Righteous Among Nations, an award given by Yad Vashem to non-Jews who risked their lifes during the Holocaust to save Jews from extermination by the Nazis. US Consul Raymond H. Geist Saved Jewish Lifes In Nazi Germany but is not included, which is a riddle for me.

A total of 77,751 German nationals — approximately 70,000 of whom were Jews — immigrated to the United States during the years 1933-1939. But more than twice that number — 184,525, to be exact — could have been admitted, according to the U.S. immigration quota for Germans that was in force at the time. In other words, the German quota for that period was only 42 percent filled. As for the other 58 percent who were turned away

To find a German passport with a visa issued by Geist is a challenge!

[i] From the book: New Perspectives on the Holocaust: A Guide for Teachers and Scholars, New York University Press 1996.

Update 28 Oct 2017:
Geist has been credited with helping Jews and anti-Nazis to emigrate from Germany during 1938–1939, including Jews and others who were under imminent threat of deportation to the concentration camps.[21] However, between 1933 and 1939 the four U.S. Foreign Service Officers in Germany, including Geist, denied 75% of visa requests by German Jews and filled only 40% of immigration quotas from Germany, in a concerted effort to limit Jewish immigration.[22] As late as April 1939, Geist wrote in a letter to a colleague that the consulate should continue limiting the issuance of visas to German Jewish applicants.[23]