Beautiful US passport issued by the State of New Jersey 1849

What a great travel document! US passports issued by its states and not by the federal government are nowadays pretty rare to find. This is a passport issued by the State of New Jersey in 1849. The material seems to be a parchment-like material and not the usual thin paper. The large blue seal is crisp and complete. The wording of the passport is most exciting and I’ve not seen such text before. It even states “In testimony whereof…” and “Whiteness.” But then states clearly “Pass into Foreign countries”…to pass “wherever,” without “molestation”… Very unusual!

Governor of New Jersey was then Daniel Haines, who signed the passport. New Jersey Secretary of State was Charles McChesney (1840-1851). He also signed. I couldn’t find anything on the bearer’s name, Joseph Southard. This document is only the 2nd US state passport I saw in years, and even a fellow collector, whose focus is on US passports has only a very few of such types. 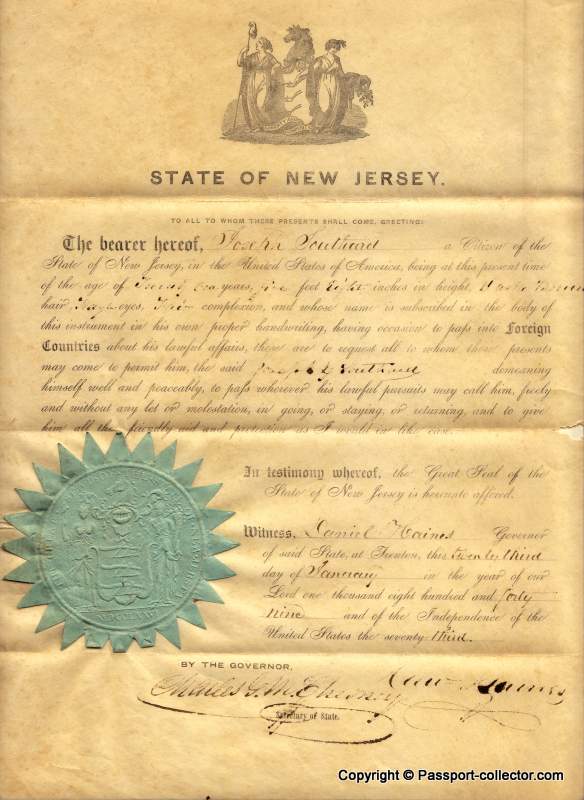 On 18 August 1856, Congress authorized the Secretary of State and his duly appointed representatives the sole authority to grand and issue passports. Hence, someone can find State passports only until this date – with very few exceptions as late as 1895.