East German Biometric Passport
New researches revealed that the German Democratic Republic (GDR/East Germany)  had already biometric passports in preparation but due to the fall of the Berlin wall they were not anymore introduced. These biometric passports were highly advanced as they could detect and record the smell of a person once they where taken out of their sterile package by it’s bearer. In fact the high tech chip, which was developed by ROBOTRON, did even record any conversation. A perfect tool for the East German STASI organization (Security Police) camouflaged as passport. Luckily the introduction did not happen due the German reunification in 1990.

It is rumored the technology is in hands of the US National Security Agency (NSA). Here a rare picture of such a East German Biometric passport. You can see the chip is quite large compared to the current types! 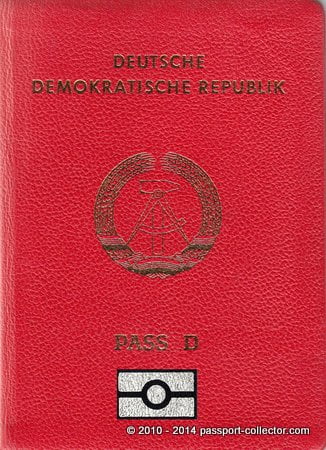 News On US Passport
Every US-American will love this news message! The next model of the US passport will play the National anthem every time you open your passport!

The new model was heavily sponsored by Republicans so you will see pictures only of Republican presidents on the inner pages. However the State Department said there will be also a Democrats version. Well that’s America – the land of the free. I wonder if you can also choose a male / female voice singing the National anthem? Oh and maybe they implemented also the above mentioned technology from East Germany as the first samples did not play the US anthem but the one from East Germany. Maybe the coding of the ROBOTRON high tech chip was too hard to crack by NSA in the first step! 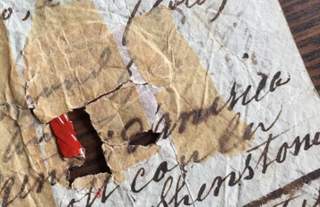 What should I do if my paper collections have damage? A British passport collector asked me recently… “Is it OK to tape old passports along a fold if it has a tear?” A excellent question which I will answer in…

Anna Pavlova Passport – The First Ballerina To Tour The World Pavlova left the Imperial Ballet in 1913 to form her own company, with which she toured continuously from 1914 onward. The many stamps in this passport reflect her impact…

This Dutch passport issued 1814 in Amsterdam in the name of Gijsbert Karel, Count van Hogendorp is a pretty nice example of a travel document used just briefly before the Netherlands became Kingdom in 1815 with his first king William…