Enemy of the Reich: The Noor Inayat Khan Story

I am pretty sure most of the readers have never heard of this story and this remarkable woman. Just by random, I stumbled over this most interesting WWII drama, which is also new to me. 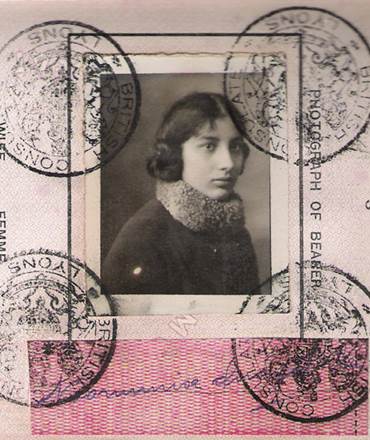 Noor Inayat Khan was the daughter of a spiritual teacher from India, Hazrat Inayat Khan, and his American wife, Ora Ray Baker. After Noor’s birth in Moscow in 1914, the family moved first to England and then to Paris, where she was raised.

In 1940, the Nazis invaded France, and twenty-five-year-old Noor fled with her family to England. There she joined Britain’s Women’s Auxiliary Air Force and trained as a wireless operator. In early 1943, she began her assignment as a covert agent, joining Winston Churchill’s Special Operations Executive (SOE). The SOE worked with the French resistance fighters to sabotage industry and railroads in preparation for the D-Day invasions, after which they would coordinate attacks on the German army behind enemy lines, tying down troops and diverting the Germans from the invading Allied forces. From Paris, Noor Inayat Khan secretly transmitted critical information back to Britain.

She was often the only link between the U.K. and the French Resistance in the next four months. She was pursued by the Gestapo and finally betrayed by French collaborators. The Nazis arrested her and imprisoned her in Paris, where she fought back against her captors and escaped twice.

On 11 September 1944, Inayat Khan and three other SOE agents from Karlsruhe prison, Yolande Beekman, Eliane Plewman, and Madeleine Damerment, were moved to the Dachau Concentration Camp. In the early morning hours of 13 September 1944, the four women were executed by a shot to the back of the head. Their bodies were immediately burned in the crematorium. An anonymous Dutch prisoner, who emerged in 1958, contended that Inayat Khan was cruelly beaten by a high-ranking SS officer named Wilhelm Ruppert before being shot from behind; the beating may have been the actual cause of her death. She may also have been sexually assaulted while in custody. Her last word has been recorded as, “Liberté.” The British and French subsequently awarded her their highest civilian honors. There are books and a movie about her life. 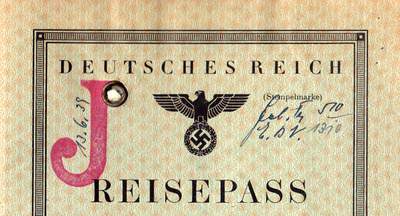 German Nazi Passport Law – The big red J for Jew 1938 REICHSGESETZBLATT, PART I, PAGE 1342 Law on Passports for Jews, 5 October 1938 Based on the law on passport, alien police, and registration affairs as well as on…