Steel-Coal Community officials going through customs and show their national passports. At the Steel-Coal Community headquarters in Luxembourg, M. Jean Monnet hands over their new European passports to several of his organization’s staff. After the ceremony, Mr. Reinz (Dutch) chief of Transport Department of Community receives his passport. Mr. Belladore-Pallieri, Chief of Community’s Staff, also has his European passport.

It seems the staff got all a Laissez-Passer. The video has no sound.

I am happy to see here the representatives of the Community institutions, as well as Mr. Kunnen, Director of the Luxembourg Customs, and Colonel Gilson, commander of our Luxembourg gendarme forces, who will be responsible for giving instructions to make sure that the holders of these passports can cross borders as freely as if they were citizens, not just of Luxembourg but of all the Community countries. As you know, the Coal and Steel Community has already established the free movement of goods between the six Community countries. Today, however, it embarks on something which is at least as necessary: the free movement of persons — making a modest start, it is true, since it is only going to be authorized, for the moment, for Community officials, but it is a very hopeful beginning. Anyone bearing this document will be able to cross the old borders of the six countries as if he or she were a citizen of those six countries. It is the first European passport. I am going to sign this document for the first time and issue it to the representatives of the Community institutions. Mr. Ernst, Deputy Secretary of the High Authority, I hand you your European passport. Mr [Deneré], Secretary of the Common Assembly of the Community, I hand you your European passport, as I do to Mr [Van Hout], Registrar of the Court, and Mr [Decharpe], Deputy Secretary of the Council of Ministers. I hope, and we all hope that these European passports will soon be issued to other persons. That, soon, all of Europe’s peoples, at last reunited, will hold this laissez-passer and will thus be able to move about the six countries as citizens of the European Community and citizens of the six countries. And in the active discussions which are currently underway in Rome on the establishment of political authority, we see a hope that that Community of Europe which must, at last, bring us both prosperity and peace will shortly be brought into being. first international passports europe

Jean Monnet (9 November 1888 – 16 March 1979) is regarded by many as a chief architect of European Unity and is considered to be one of its founding fathers. Never elected to public office, Monnet worked behind the scenes of American and European governments as a well-connected pragmatic internationalist.

Following liberation, Monnet proposed a “global plan for modernization and economic development” to the French government. Appointed Planning Commissioner by de Gaulle, he oversaw the revitalization of the French economy. It was from this position that, in 1949, Monnet realized that the friction between Germany and France for control of the Ruhr, the vital coal and steel region, was rising to dangerous levels, presaging a possible return to hostilities as had happened after the First World War. Monnet and his associates conceived the idea of a European Community. On 9 May 1950, with the agreement of Chancellor Konrad Adenauer of West Germany, the French Minister of Foreign Affairs Robert Schuman made a declaration in the name of the French government. This declaration, prepared by Monnet for Schuman, proposed integration of the French and German coal and steel industries under joint control, a so-called High Authority, open to the other countries of Europe. Schuman declared: first international passports europe

“Through the consolidation of basic production and the institution of a new High Authority, whose decisions will bind France, Germany and the other countries that join, this proposal represents the first concrete step towards a European federation, imperative for the preservation of peace.”

Shortly after that, West Germany, Italy, Belgium, Luxembourg, and the Netherlands responded favorably, the European Coal and Steel Community (ECSC) was born. Britain was invited to participate, but it refused on the grounds of national sovereignty. In 1952, Jean Monnet became the first president of the High Authority. In 1953 Monnet was awarded the Karlspreis by the city of Aachen in recognition of his achievements. 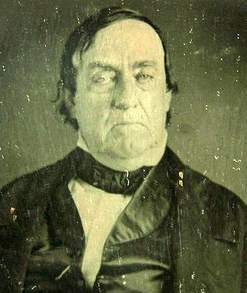