If the “Roaring Twenties” conjures up images bobbed-hair flappers and couples dancing to jazz music, you may have F. Scott Fitzgerald (September 24, 1896 – December 21, 1940) to thank. Francis Scott Key Fitzgerald was an American writer of novels, short stories, essays and plays. During his lifetime, Fitzgerald completed four novels (a fifth was published posthumously) and about 160 stories. His novels include “The Great Gatsby”, one of the classics of American literature. He was also one of the most influential members of a group known as the Lost Generation. These were the men and women who just missed out on the drama of World War I and instead threw their energies into the freedoms and excesses of the 1920s. When the market crashed and the good times came to a screeching halt, those who survived were left to ponder their choices, regret the waste and mourn the passing of their youth. Fitzgerald’s fiction captured these times with keen insight, detailed realism and a distinctly American voice. His writing defined the 1920s, an era Fitzgerald himself named “the Jazz Age.” 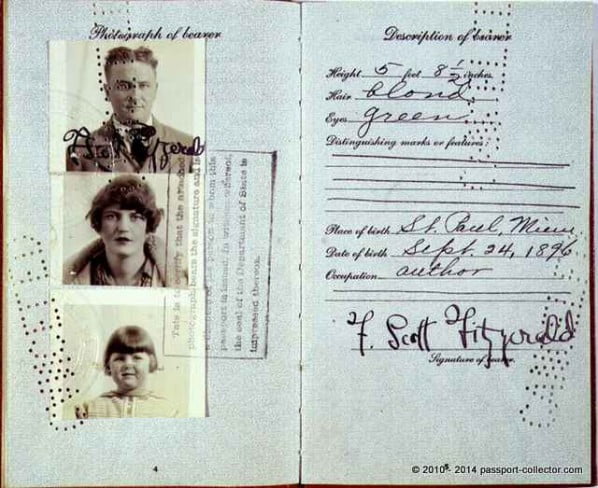 His more recent passport below shows his wife and child were just crossed out (yes, at these days it was that simple) when they got their own documents. 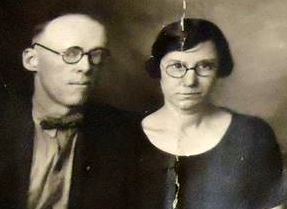