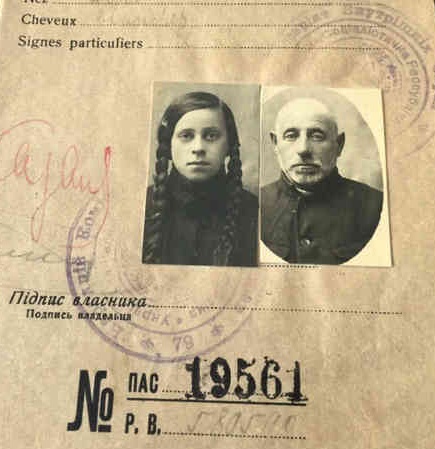 Here is a USSR-UKRAINE passport which is pretty rare. Issued to Yosef and Roselli Sander, leaving from the port of Odesa in 1925, arriving in Palestine on October 5, 1925, also bearing the stamp of the KNVD (the People’s Commissariat for Internal Affairs), the language in Ukrainian and French. Visa for Palestine including revenues, Ukrainian stamp, and Palestine arrival. 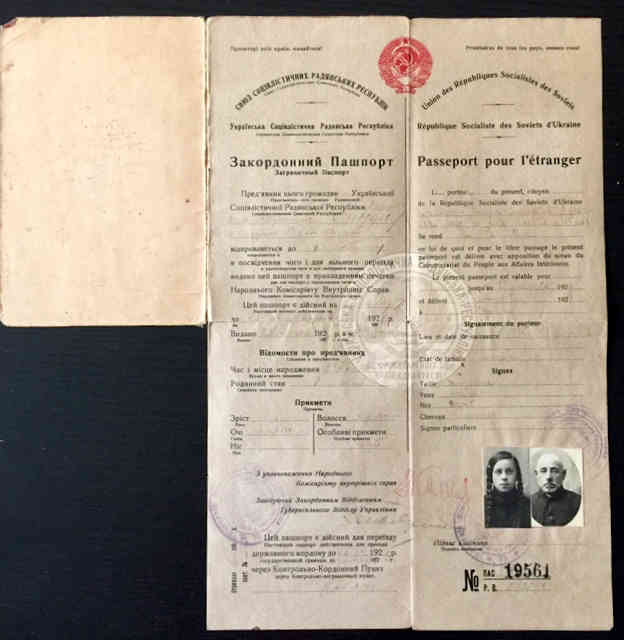 The People’s Commissariat for Internal Affairs, abbreviated NKVD, was the interior ministry of the Soviet Union.

Established in 1917, the NKVD was originally tasked with conducting regular police work and overseeing the country’s prisons and labor camps. It was disbanded in 1930, with its functions being dispersed among other agencies, only to be reinstated as an all-union ministry in 1934.

The functions of the OGPU (the secret police organization) were transferred to the NKVD in 1934, giving it a monopoly over law enforcement activities that lasted until the end of World War II. During this period, the NKVD included both ordinary public order activities, as well as secret police activities. The NKVD is known for its role in political repression and for carrying out the Great Purge under Joseph Stalin. It was led by Genrikh Yagoda, Nikolai Yezhov and Lavrentiy Beria. 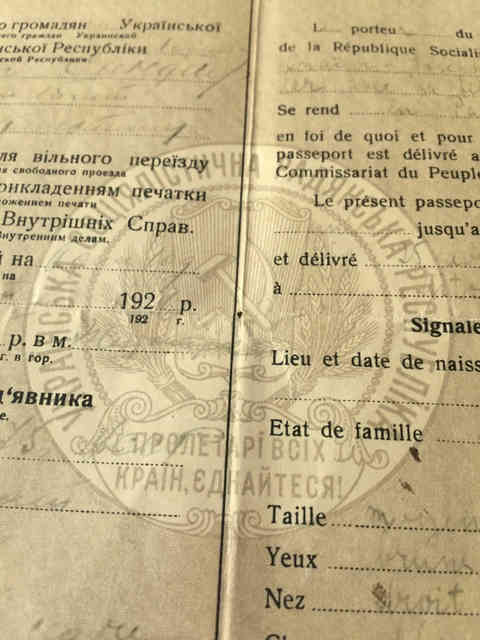 The NKVD undertook mass extrajudicial executions of untold numbers of citizens and conceived, populated and administered the Gulag system of forced labor camps. Their agents were responsible for the repression of the Kulaks, and the mass deportations of entire nationalities to uninhabited regions of the country. They oversaw the protection of Soviet borders and espionage (which included political assassinations), and enforced Soviet policy in communist movements and puppet governments in other countries, most notably the repression and massacres in Poland. 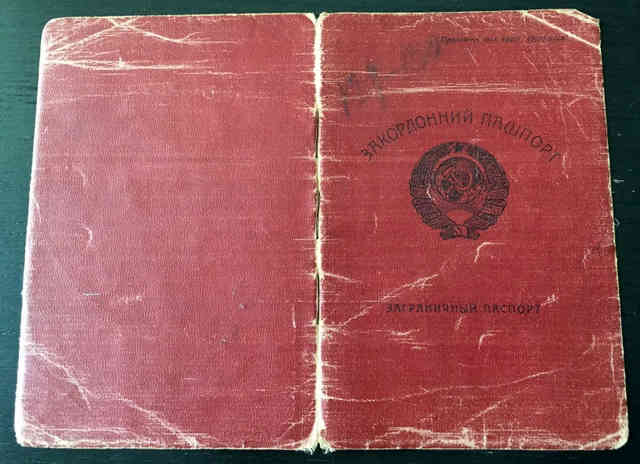 In March 1946 all People’s Commissariats were renamed to Ministries, and the NKVD became the Ministry of Internal Affairs (MVD).